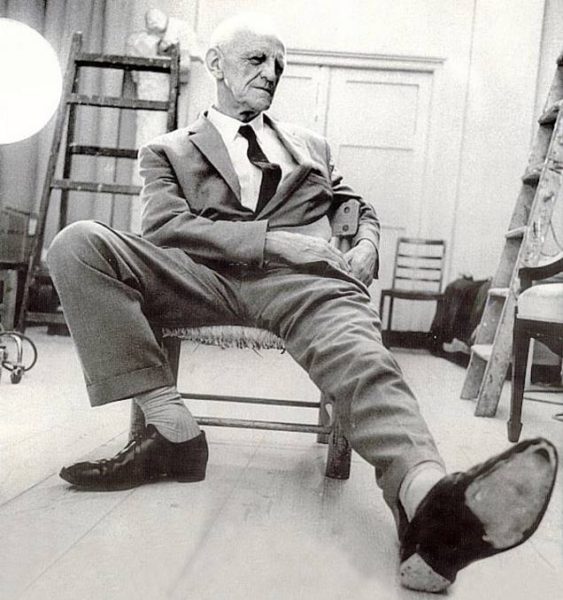 Winnicott recognised that ‘the ordinary devoted mother’ was not perfect and would, therefore, inevitably make mistakes in the care of her infant. What she would then do, however, was to make repairs and readjustments in her interaction with the infant.

This idea of the ‘good-enough mother’ has offered solace to parents ever since Winnicott coined the expression.

By making her breast (or bottle) available at the right moment, the mother (or mother substitute) enables the infant to believe that she (or he) has ‘created their own world out of their own need’. The baby then experiences an ‘illusion’:

In healthy development, the mother, the father, and ‘good-enough’ others, will all ease the child’s transition and adaptation to the reality of the outside world. Winnicott describes this growth as necessary ‘disillusionment’.

Perhaps Winnicott’s best known idea is his explanation of the child’s habit of becoming very attached to a favourite blanket or toy. Interaction with this material object tends to lessen anxiety and also help the child adapt to change. Many parents will testify that what is a smelly bit of old blanket to them may become something very important to the child. Changing this object in any way may cause the child anxiety and distress.

Winnicott emphasises that it is not the child’s highly-valued article that is (in itself) ‘transitional’, but rather that the transitional object represents an achievement in development which marks the beginning of the infant’s perception of the mother as someone outside and separate from him or herself.

The arrival of the transitional object in the child’s emotional life is highly significant, because it is a sign of ‘personal growth’ and ‘creative living’. In this way, a particular blanket, for example, comes to be regarded by the child as both an ordinary blanket and as something special and almost magical.

Good-enough care of the child involves an adult’s understanding and appreciation of this idea.

The ‘False Self’ and the ‘True Self’

Along with his ideas on ‘good-enough’ parenting, Winnicott discusses what he calls environmental failure at various stages of the child’s (emotional) development. At the earliest stage of infancy, when the child is in a state of ‘absolute dependence’ on the mother, such failure can have very serious effects on later development.

He describes the situation of ‘not good-enough mothering’ as one in which the mother (consciously or unconsciously) is unable to respond adequately to her infant’s spontaneous behaviour (true self), but tends to impose her own wishes and desires (e.g. for an ‘ideal’ child). This may lead the infant to an adaptation on the basis of ‘compliance’ (false self) and later, in adulthood, to the loss of a sense of personal autonomy and integrity.

However, a degree of false self co-exists with the true self in everybody. Like all defences, a sense of falseness canbe protective of the true self, but it may also become pathologically powerful’ and, at times of stress, lead to breakdown and the need for psychotherapeutic help.

The true self is perhaps Winnicott’s most complex idea. He describes it as a necessarily hidden, private and secret part of the personality. It is connected ‘in the person’ with ‘aliveness’ and it is that ‘which gives the feeling of real’.

He adds that it has to be found by each person for themselves.

The ‘Capacity for Concern’

In the early life of the healthy infant, a very important stage of development is marked by the beginning of a ‘capacity for concern’. Between the ages of five months or so and two years, children gradually develop a sense of personal responsibility for their actions.

Winnicott says that concern ‘turns up in the baby’s life as a highly sophisticated experience’. He means by this that the baby has developed a capacity to experience guilt in an infantile way. At this stage, the baby gradually becomes aware of a ‘Me’ as separate from a ‘Not Me’, and of the mother as a person with her own needs and moods.

The baby has also become aware of expressing ‘love complicated by hate’ towards the mother. As this awareness becomes enriched and refined, it ‘leads to the emergence of concern’. The baby’s new capacity to experience primitive ‘guilt’ is linked with ‘the damage which is felt to be done to the loved person in states of excitement’.

It is with the mother’s love and care over time that the healthy infant is able to discover a ‘personal urge to give, to construct and to mend’.

In infantile magic the world can be annihilated by a closing of the eyes and recreated by a new looking an a new phase of needing.