under the general editorship of Lesley Caldwell and Helen Taylor Robinson. 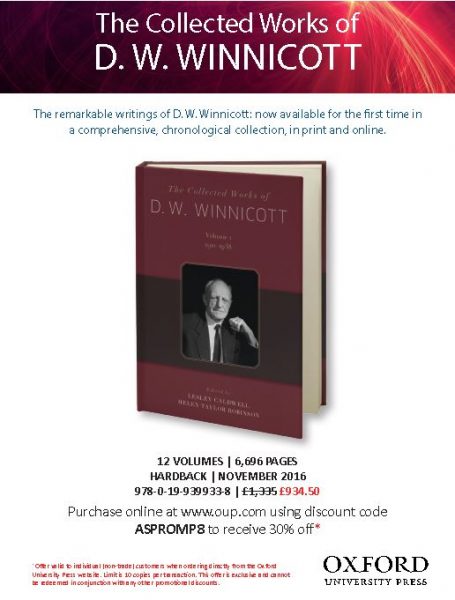 The Collected Works begins with an authoritative General Introduction by editors Lesley Caldwell and Helen Taylor Robinson, while each of the volumes features an original introduction examining that volume’s major themes and written by an international Winnicott scholar and psychoanalyst. These are Kenneth Robinson, Christopher Reeves, Vincenzo Bonaminio and Paolo Fabozzi, Dominique Scarfone, Jennifer Johns and Marcus Johns, Angela Joyce, Anna Ferruta, Anne Horne, Arne Jemstedt, Marco Armellini, Steven Groarke, Throughout The Collected Works, editorial annotations provide historical context and background information of scholarly and clinical value. The final volume contains new and illuminating appendices, comprehensive bibliographies of Winnicott’s publications and letters, documentation of his lectures and broadcasts, and a selection of his drawings, introduced by Robert Ades.

LESLEY CALDWELL is a member of the British Psychoanalytic Association in private practice in London. She is an Honorary Professor in the Psychoanalysis Unit and Honorary Senior Research Associate in the Italian Department at University College, London. As Chair of the Squiggle Foundation (2000-2003) and editor of the Winnicott Studies Monograph Series (2000-2008), she published four edited collections on D. W. Winnicott. She has been an editor for the Winnicott Trust since 2002 and was the Chair of Trustees from 2008-2012. With Angela Joyce, she published Reading Winnicott (2011). She has a continuing interest in psychoanalysis and the arts and has also written on film and the city of Rome.

HELEN TAYLOR ROBINSON is Fellow of the Institute of Psychoanalysis, British Psychoanalytical Society, London, and was a clinical psychoanalyst with adults and children until her retirement. She was an Editor and Trustee of the Winnicott Trust for 17 years and co-edited Thinking about Children with Jennifer Johns and Ray Shepherd. Her special interest is in the relationship of psychoanalysis to the arts, literature, and cinema. She has been Honorary Senior Lecturer at the Psychoanalysis Unit of University College, London. She has contributed to books and journals in the field of psychoanalysis and to the European Psychoanalysis and Film Festival. 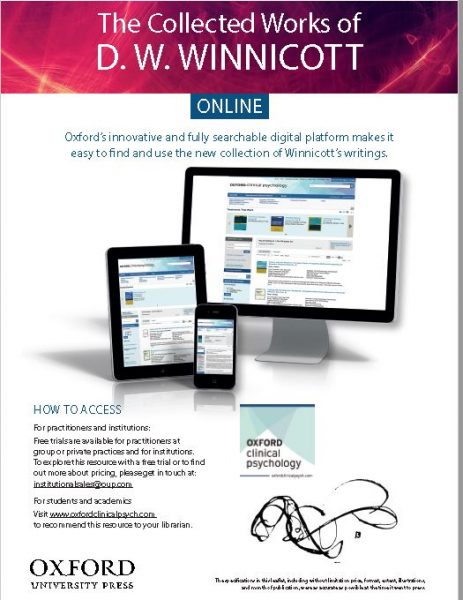 and the dedicated page is to be found: http://www.oxfordclinicalpsych.com/page/599

During the year of the publication of the new edition, Oxford University Press published a series of galleries, blog posts, and articles from their archives along with other works by Winnicott published in Oxford Clinical Psychology. Take a look:

“A vote on a specific point is a very poor substitute indeed for the vote in favour of a person who, once elected, has a space of time in which he can use his own judgment. The referendum has nothing to do with democracy.”

– Thoughts on the meaning of the word democracy