was a paediatrician and psychoanalyst whose substantial contribution to psychoanalytic thought may be condensed into three main areas: the mother-infant relationship, primary creativity and transitional phenomena.  Running through all his concepts is the value attributed to the sense of self.  The evolution of his thought on the essence of human nature has created a unique contribution to a wide variety of therapeutic settings. 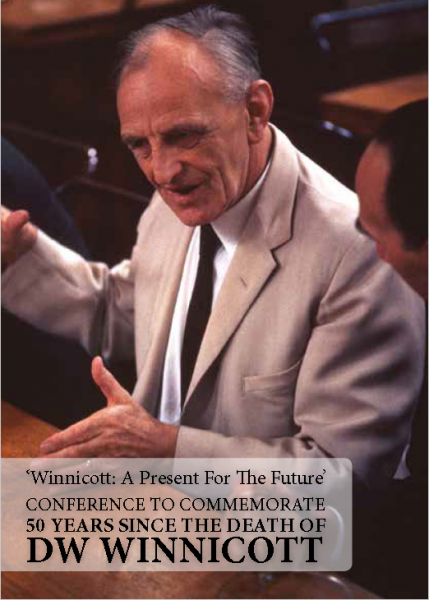 Winnicott was a pioneer in the use of broadcasting to promote the public understanding of child development and mental health: some of his presentations for the BBC are available for open access.

The Squiggle Foundation’s aims are to study and disseminate the work of Winnicott, with a particular emphasis on application.  It was registered as a charity in 1981 (number 283858). In addition to its on-going program, Squiggle also has SquiggleTalks, an archive of its public lectures available to members.

Working in the Winnicottian tradition.

Listen to Dr Jennifer Johns, Psychoanalyst and previous Chair of Squiggle, speaking  about Winnicott and his ideas on BBC World Service’s “Witness History” in November 2020.

For Winnicott it was fundamentally important to respect the process of a mother and baby being supported while getting to know  each other and establishing their relationship. He sought to promote a facilitating environment through an appreciation of the strengths and vulnerabilities of each: he coined the term “good-enough mother” to capture the ability of mothers to adapt and learn through trial and improvement and counter the potential  to become burdened by the everyday ‘failures’ being viewed as catastrophes by themselves or others. [For a discussion listen to Radio 4 Women’s Hour February 19th 2021 30-42 minutes]

Dr Sharon Stekelman, Psychoanalyst and past Trustee of Squiggle, summarises some reasons why Winnicott’s contributions have been so important in her work.  She also points out that “Winnicott did not want followers, but people who could think for themselves”, raising the question of whether or not there is such a thing as “A Winnicottian”…

“While Winnicott did not want followers, but people who could think for themselves, I do owe him a great debt for the liberating way in which he wrote about human development and for his curiosity and profound interest in the people he encountered.

Reading the ‘Spatula game’, he shows us his capacity for very close observation of the very young child. The child’s curiosity, the hesitation that involves the emotions and the body of the child, the need for the adults noticing all this, that can then lead to the sheer oral and physical pleasure in the exploration of this object, followed by even more pleasure in the dropping of the spatula. The child has already struggled with the early phase of development of emerging from the near symbiotic state with mother and has developed a sense of a separate self that is both dependent and independent, with an internalised relationship that has survived the explosion of feelings of love and hate and has led to the ability to be alone in the presence of another.

In his writings Winnicott illustrates how and where things can go wrong, the profound defence that is the development of the False Self in the desperate defence of the True Self. This speaks of the early failure in the primary relationships, when the nascent being has not been recognised and acknowledged, but has rather been overwhelmed by the needs of the other. This state of falseness allows for survival and acceptance, but at the expense of aliveness and vitality. And Winnicott shows us the child who protests through his antisocial behaviour, but still believes in the possibility of being recognised and accepted for himself.

All this and much more is to be found in Winnicott’s work, which is written in everyday language, avoiding the jargon that more often conceals a failure to truly understand the complexity of human behaviour. The writings are nevertheless steeped in a psychoanalytic view of development that is based on relationships that aid/inhibit the unfolding of the innate personality of the child. Winnicott writes in deceptively simple everyday language that makes the ideas graspable. These ideas are based on close observations of early relationships and how these patterns reappear throughout the life cycle. They demonstrate his deep interest in people and his ability to think in novel ways about the human condition.

It is a joy to be hidden, and disaster not to be found.